The History of Celtic Tattoos 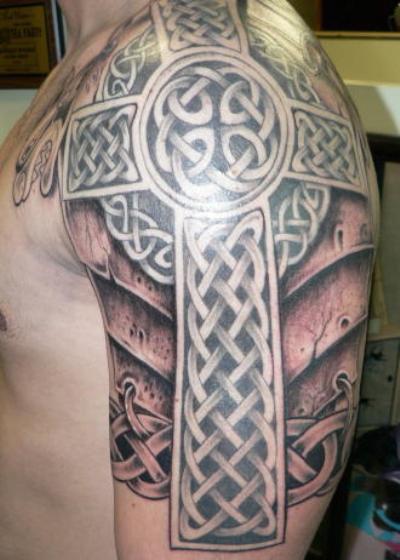 17 Mar The History of Celtic Tattoos

Posted at 15:33h in The Blog by IOIOadmin 0 Comments
Share

Since today is St. Patrick’s Day, we thought it would be a good time to celebrate one of the most ancient forms of tattoo art – the Celtic Tattoo.

Whether or not you realize it, you’ve almost certainly seen a Celtic tattoo. You may even have one, since they’re one of the most universal forms of ink art.

Although Celtic tattoos are individually unique and beautiful, they all have a “tribal” feel that unites them as a tattoo genre. Celtic tattoos are known by their thick, bold lines, sharp angles, intricate designs, and distinctive symbols. Some of the most common symbols are the Celtic cross, the five-fold circle, swirls, spirals, and knots.

Celtic knots are probably one of the most recognized designs of the genre, symbolizing connections in life – much like those found in early labyrinth designs. Another common motif is the complex braids that weave in and out of themselves, which are symbolic of the various paths that we take in life.

The word “Celtic” refers to the race of people who lived in the British Isles and Western Europe during the Iron Age (500 BC to 400 AD). Most of what has survived from their culture can be found in areas now known as Ireland, Wales, and Scotland.

The Celts were a warrior people who sported tattoos as a form of intimidation against their enemies. Celts considered battle to be the very highest honor, and they went into it bare-chested (or naked!) with their tattoos proudly displayed.

(Side note: Celtic warriors would also dye their hair bright colors and form it into tall spikes around their heads before battle – kind of like ancient punk rockers. Can you imagine how weird and frightening it must’ve been to see a bunch of naked, tattooed, spiky-haired guys running toward you, screaming and brandishing swords?)

Celts created their tattoo ink by harvesting and drying the leaves of the native Woad plant, which they boiled, strained, then boiled again to create a blue paste-like dye. To apply the tattoo, they would tap the Woad paste into their skin with needle-like implements that forced the blue stain under the skin.

We hope you’ve enjoyed this little foray into ancient tattoo history. In closing, we’d like to leave you with this Gaelic proverb to contemplate tonight over your green beer:

Sorry, the comment form is closed at this time.