What Does Your Boss Really Think About Your Tattoo? 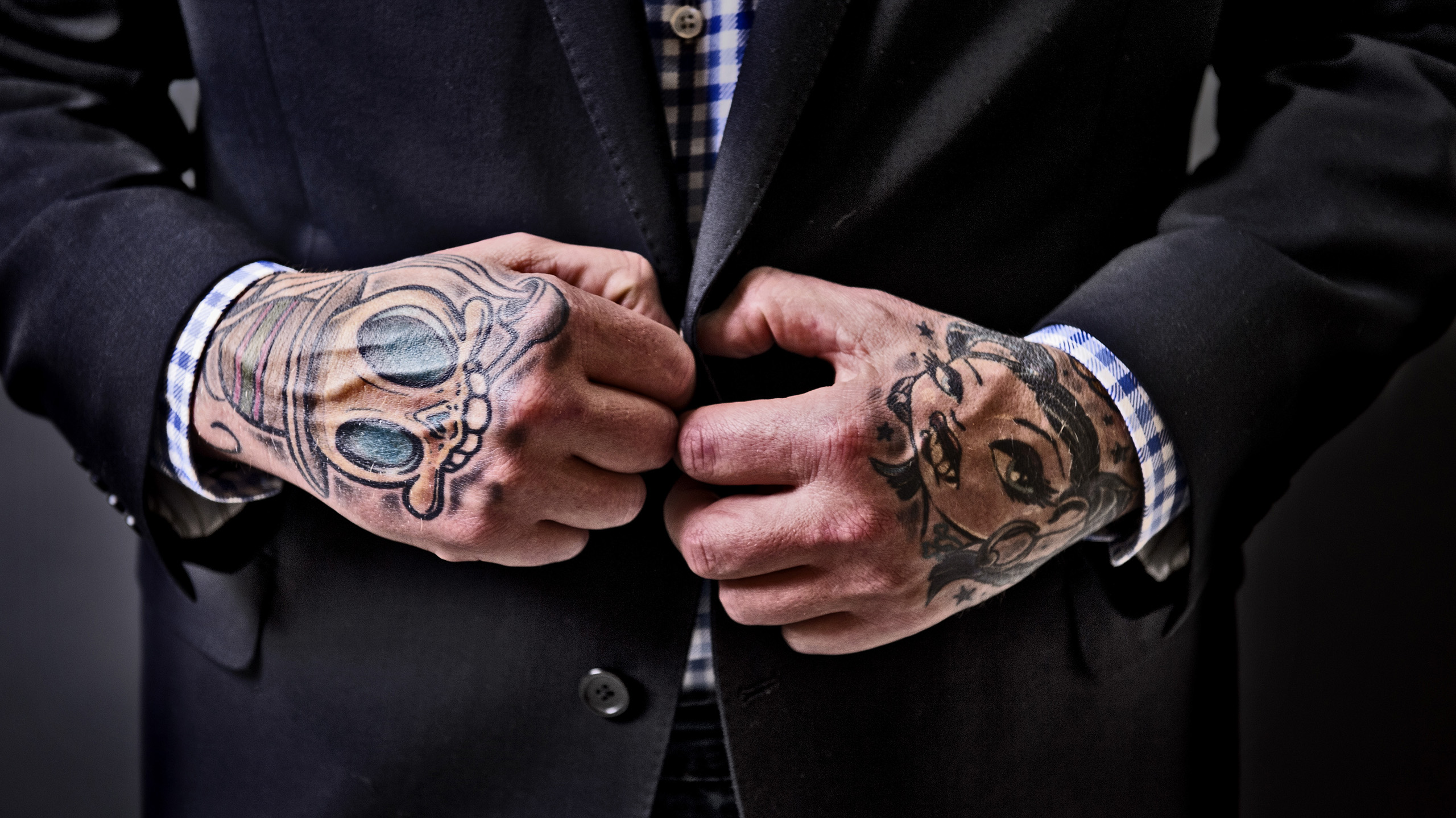 19 Mar What Does Your Boss Really Think About Your Tattoo?

Posted at 19:12h in The Blog by IOIOadmin 0 Comments
Share

Are you worried that your tattoo may be keeping you from landing your dream job, or stopping you from going up a few rungs on the corporate ladder?

According to a recent survey conducted by Salary.com, your concerns may be valid. Because in spite of the fact that tattoo credibility has grown by leaps and bounds over the last decade, many employers still think ink stinks.

Of the 2,700 people surveyed, a whopping 76 percent believe visible tattoos hurt a job applicant’s chance of getting hired, and 42 percent think tattoos are always inappropriate at work. What’s more, a Careerbuilder.com survey found that 31 percent of human resource managers still agree that visible tattoos might negatively impact their decision on whether or not to hire someone.

Why all the hate when tattoos have become almost as mainstream as cheeseburgers and fries?

Think about it. It wasn’t that long ago when tattoo art only adorned people considered to be on the fringes: prisoners, circus freaks, and (gulp!) bikers. So even though tattoos today appear on one in five adults, they still carry some of the residue from days past.

For example, an article on Economist.com (website for The Economist) cites another study conducted the University of St. Andrews in Scotland, where participants were asked to assess job candidates based on photographs, some of which they altered to include a neck tattoo. Despite being equally qualified, study participants ranked the tattooed candidates consistently lower. The study found that although tattoos are a lot are common than they used to be, they still imply a “rebelliousness” that works against jobseekers.

What your boss really thinks about your tattoo depends on many different factors – the first being what type of profession you’re in. Some companies are simply more tattoo tolerant than others. Typically, the more creative professions or companies that cater to a younger clientele are much more accepting of your ink. So artists, photographers, writers, designers, baristas…you may all display your tats with pride, knowing that your ink will only add to your professional credibility.

Another deciding factor is design appropriateness. Benign, “happy” tattoos like flowers or ladybugs are more acceptable to employers than, say, a fanged cobra ready to strike.

Where your tattoo is located is also important. If your employer can’t see the tribal tattoo on your butt, then she can’t object to it. On the flip side, if your oriental tattoo sleeve peeks out from underneath your suit cuffs, then that might be a bone of contention.

The number and size of your visible tattoos also matters. One small daisy located on your ankle or wrist is a lot more acceptable to employers than a large panorama snaking up your leg.

When or where – or if – to get a tattoo is a very personal decision. What your boss is going to think is just one of the factors you need to consider before you ink.

The good news is that as tattoos become more and more popular, they’re gaining more and more acceptance in the workplace. When you consider how far tattoos have come in the last decade, it stands to reason that someday your tattoo won’t even be a consideration.