The Long (and Colorful) History of the Tattoo. 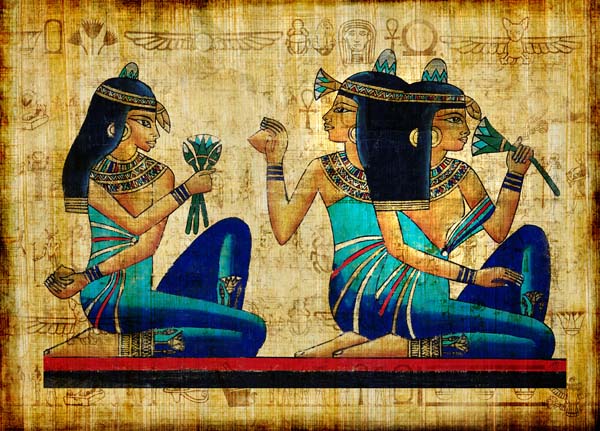 16 Apr The Long (and Colorful) History of the Tattoo.

Posted at 14:21h in The Blog by IOIOadmin 0 Comments
Share

“My body is my journal, and my tattoos are my story.”   ― Johnny Depp

People have been using their bodies as a canvas to tell their stories for thousands of years.

Seems that’s when a Copper Age European “Iceman” named Otzi was frozen into the Otztal Alps near the border of Austria and Italy. Otzi has the distinction of being the oldest mummy found to date to sport tattoos.

When scientists discovered and examined Otzi’s frozen mummy in 1991, they found 61 tattoos on his body, concentrated mostly along his lower back, ankles, knees, and one foot. Otzi’s tattoos were a series of small lines created by rubbing powdered charcoal into vertical cuts. One of the interesting things about Otzi’s tattoos is that they’re located in areas that X-rays showed had bone degeneration, leading scientists to theorize that Otzi’s clan may have used tattoos as a pain reducing medical treatment.

So although Otzi and his peeps may be the fathers of this tattoo craze we’ve been surfing, tattoos used as decoration have evolved as civilization has evolved, and have penetrated (pun intended) nearly every corner of the globe.

In ancient Egypt, tattoos seemed to appear exclusively on females. Funerary artwork from around 2000 B.C. show Egyptian female dancers with dot-and-dash tattoos – the same design found on female mummies from that time – and often appear around the abdomen, tops of the thighs, and the breasts. Some historians believe the ancient Egyptians may have thought tattoos aided in female fertility…or were used to mark prostitutes and/or concubines.

Like Egypt, the rest of Africa dates its tattooing traditions back thousands of years – but tattoos are used almost exclusively as tribal mark. Many of these tribal marks aren’t so much tattoos as they are raised scars made by cutting the skin with a knife, and then rubbing sand or ashes into the cut. Ouch!

While the Egyptians used tattoos for beautification purposes, ancient Romans used tattoos to brand criminals – and banned any other usage for hundreds of years. But as the Romans continued their race to conquer the world, they saw how societies like the Britons wore their tattoos as badges of honor, and soon began proudly displaying their own ink. In fact, it was Roman doctors who perfected tattoo application.

The Japanese have also been practicing the art of tattooing for thousands of years. Interesting side note: When Japanese law forbid the lower classes from wearing kimonos, they rebelled by tattooing intricately designed body suits – which naturally resulted in the government outlawing tattoos. But today, Japanese tattoo artwork is some of the most beautiful and exotic in the world.

People of the South and Central Pacific islands are also famous for their tattoos. In fact, the word “tattoo” originates from the Tahitian word tatau, which literally means to tap a design into the body. Tattooing was considered a divine art form and was usually presided over by patron deities. However, once these islands became Christianized in the 1800s, much of the traditional tattooing culture disintegrated. Still, many of the tribal tats that are so popular today originally sprang from this corner of the world.

The Celts (Ireland, Wales, and Scotland) have a long history of body art. They created their designs using ink made from the woad plant, which left a blue design on the skin. Spirals, knots, and the Celtic cross are the most recognizable designs of Celtic tattooing. (See previous blog about Celtic designs here: https://inkoninkoff.com/2015/03/the-history-of-celtic-tattoos/)

For the first five thousand years of existence, tattoos were applied with traditional tools like sharpened bone or shells, thorns, or rock splinters. Ancient tattooists used these tools to pierce the skin until blood was drawn, then rubbed ink into the wound. Then in 1891, a New York inventor named Samuel O’Reilly patented the first electric tattoo machine, which made tattooing much easier. Over the next half-century, tattoos in America gained participants, but were mostly people considered to be on the “fringes” like circus performers, or sailors, or World War II veterans.

Tattoos today in the United States, however, are undergoing a renaissance. In some ways, tattoos are a rite of passage –a milestone for some people, a celebration for others.

And with thousands of years of history behind them, we don’t see tattoos ever going out of style. Party on.

INK ON INK OFF IS A CLINICIAN-LED TATTOO CENTER LOCATED IN CLEVELAND, OHIO, THAT SPECIALIZES IN CLINICAL ARTISTRY TATTOO REMOVAL, TATTOO REDESIGN / ALTERATIONS, AND NEW ARTISTRY.